Organizations must adhere to compliance requirements such as PCI-DSS, HIPAA and SOC 2 that demand a vulnerability management process be put in place. Due to lack of visibility into their environments, companies often find out they are running vulnerable software after an attack has occurred.

The 2017 Equifax breach showed a clear example as attackers were able to compromise their environment using an Apache Struts vulnerability that was patched more than two months before. Attackers were able to use this vulnerability to remotely run code on Equifax’s servers. Researchers note that this was not an isolated incident as the exploit has been used in a large number of cases.

The growth of the use of containers in the cloud has made them prime targets for cybercriminals. Misconfiguration in applications such as Docker allows attackers to elude standard container restrictions and execute various malicious payloads from the host. Recently, Intezer detected a new malware payload using Docker API misconfigurations to create a previously undetected backdoor named Doki.

These types of attacks are actually quite common as attackers scan for publicly accessible Docker API ports and exploit them to set up their own containers and execute malware on the victims’ infrastructure. Alarmingly, Intezer research shows that it takes only a few hours from when a new misconfigured Docker server is up online to become infected by this campaign.

By having visibility of how systems are configured and what vulnerable packages are installed, companies can better understand what is putting their environments at risk and what actions they need to take.

These new features bring you the benefits of:

Configuration checks and vulnerability assessments can help reduce the chances of a successful attack. With the constant change in technology and the historical use of Zero-day attacks it is impossible to close all attack vectors completely. This is where the importance of runtime protection comes into play. Intezer Protect with its top of the line attack detection provides a last line of defense to prevent the likelihood of a successful compromise.

Upgrade your sensor. Step by step instructions can be found in our documentation. 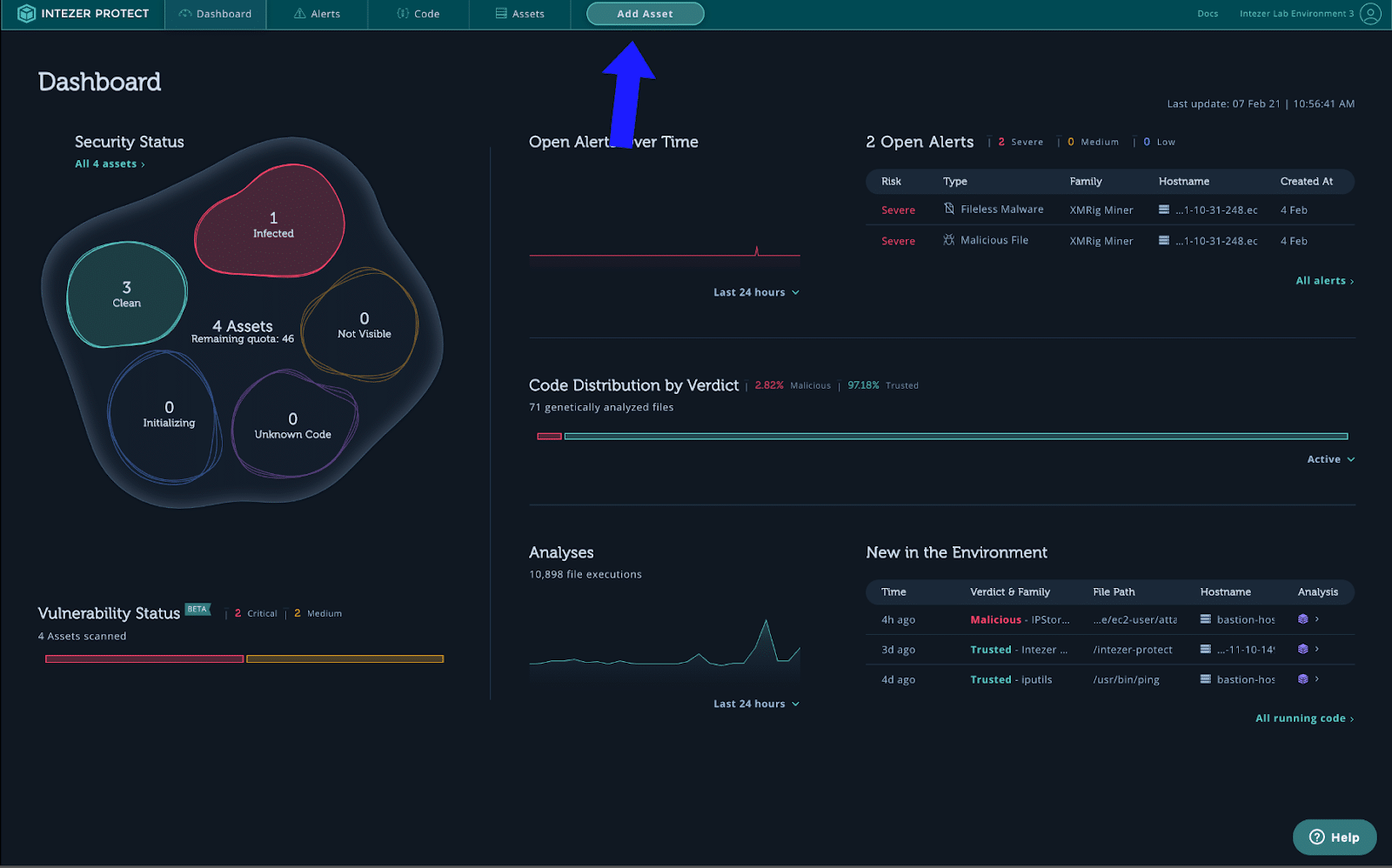 Misconfiguration and vulnerabilities provide an open door for attackers to gain access to our systems. Intezer Protect defends the cloud-native stack—including VMs, containers and container orchestration platforms—providing necessary visibility into all code running in your environment.

Our lab environment is pre-configured with misconfigured applications and vulnerable packages. This environment has easy to run scripts that simulate attack scenarios giving you the ability to see these new features in action.

Ell, a former SysAdmin, cloud builder, podcaster and container advocate has always been a security enthusiast. This enthusiasm and driven curiosity have helped her become an active member of the InfoSec community, leading her to explore the exciting world of Genetic Software Mapping at Intezer.