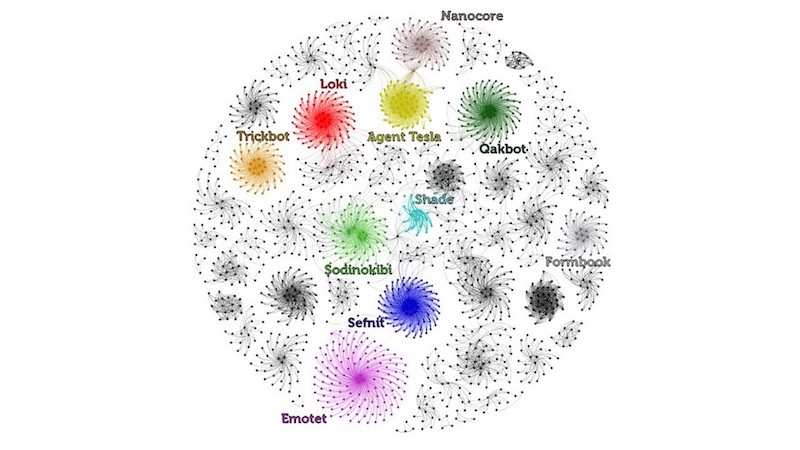 In addition to highlighting five notable file uploads and endpoint scans made by our community users each month, I thought it was important to visualize the code reuse connections between the malware detected and their respective malware families.

The following graphic represents a mapping of file uploads made to the Intezer Analyze community in June 2019. Each cluster is comprised of nodes representing individual files that were detected as malicious and classified to a specific malware family, based on code reuse and similarities.

The mapping demonstrates genetic, aka code reuse, connections between the malware samples, in addition to correlations between 10 different malware families. 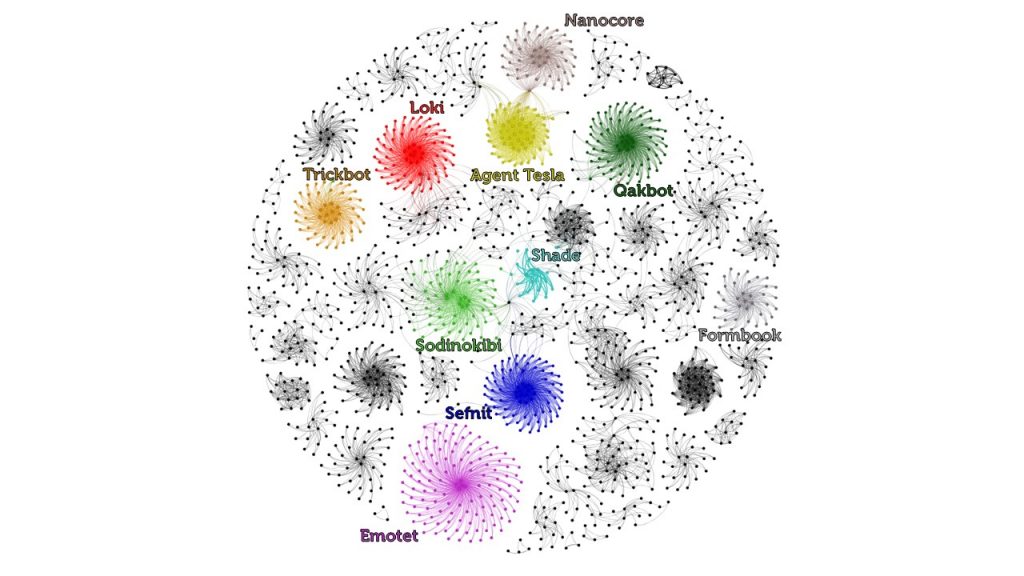 Connections Between Malware Samples
Using Emotet as an example, each dot or node in the purple spiral represents a community sample that shares at least some code with Emotet, which is a very common banking trojan. The Emotet cluster is the largest spiral in the graphic, which signifies that Emotet had the highest percentage of code reuse between the various malware samples detected by the Intezer Analyze community in June.

Connections Between Malware Families
The gray and black clusters represent other malware families, however, for the sake of this analysis we have chosen to highlight 10 malware families. 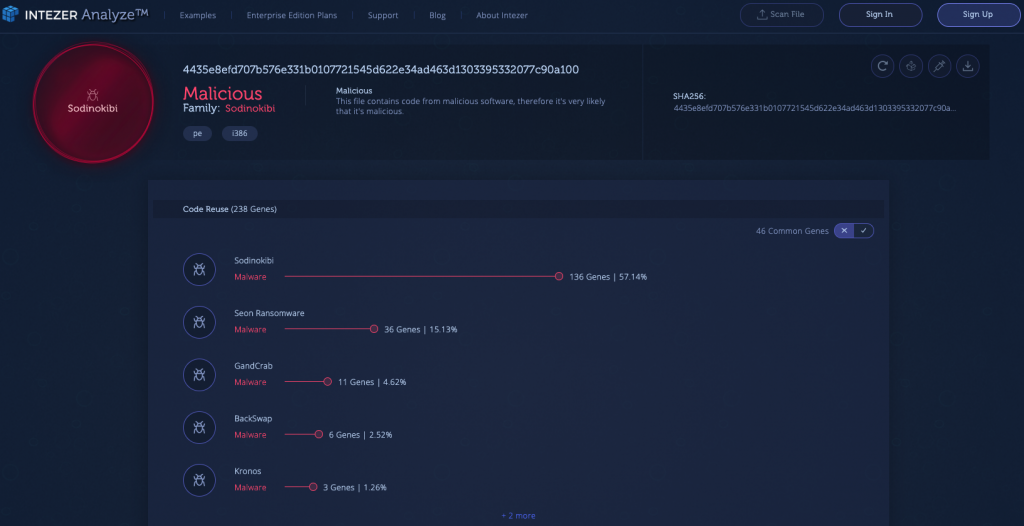 Going forward, we will be analyzing the genetic connections between the various malware samples and their malware families detected and classified by the Intezer Analyze community. This information will be posted on our social media feeds on a monthly basis. For more information, follow us on Twitter and LinkedIn at @IntezerLabs.

If you are not already an Intezer Analyze community user, I encourage you to sign up for free at https://analyze.intezer.com/#/. Registration takes only a few minutes and you will immediately be able to determine if your suspicious file or endpoint contains malicious code.