See below some of the threats our community detected this month

6. Emotet sample, uploaded from Japan, has five out of 70 detections in VirusTotal. Automatic unpacking in Intezer Analyze reveals the payload shares code with an older Emotet variant. Search by hash fccc6f6e8b036fd9536649cfaef73b6e to analyze the older variant in Intezer Analyze. Try it Now 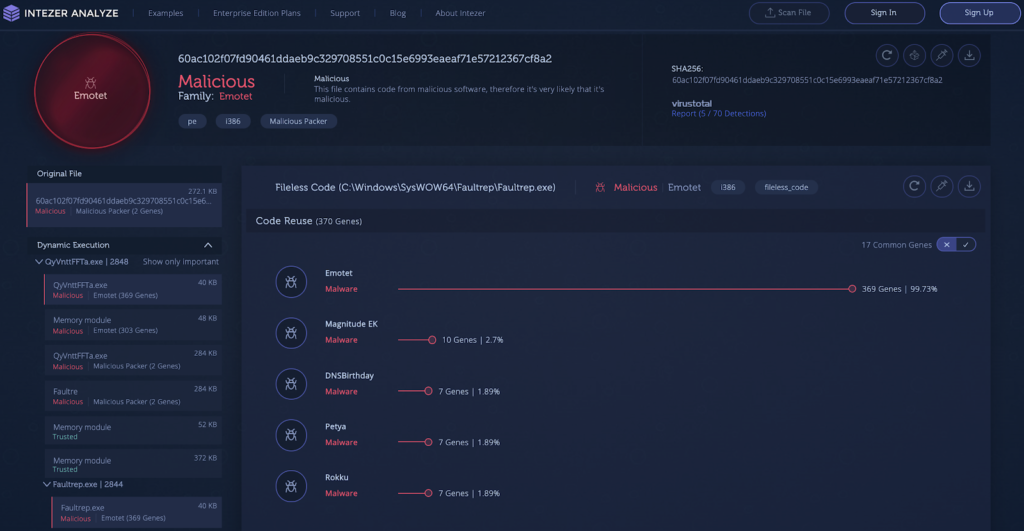 Join the thousands of security professionals using the Intezer Analyze community edition to investigate suspicious files and devices. Sign up for free at analyze.intezer.com.