Silence of the Moles - Intezer

Silence of the Moles

Kaspersky Labs published a technical analysis of a new malware, Silence that is aimed at attacking financial institutions. After uploading the loader of this malware to Intezer Analyze™, we have found a possible connection through code reuse to the loader of another campaign of malware, Mole previously discovered by Unit 42 of Palo Alto Networks.

This connection might be an indicator that these two attacks are originated from the same threat actor, but currently it is too early to tell.

If we look at the code of the two loaders used by both campaigns side by side, we can see that the code is very similar and according to our system is unique to these families of malware. 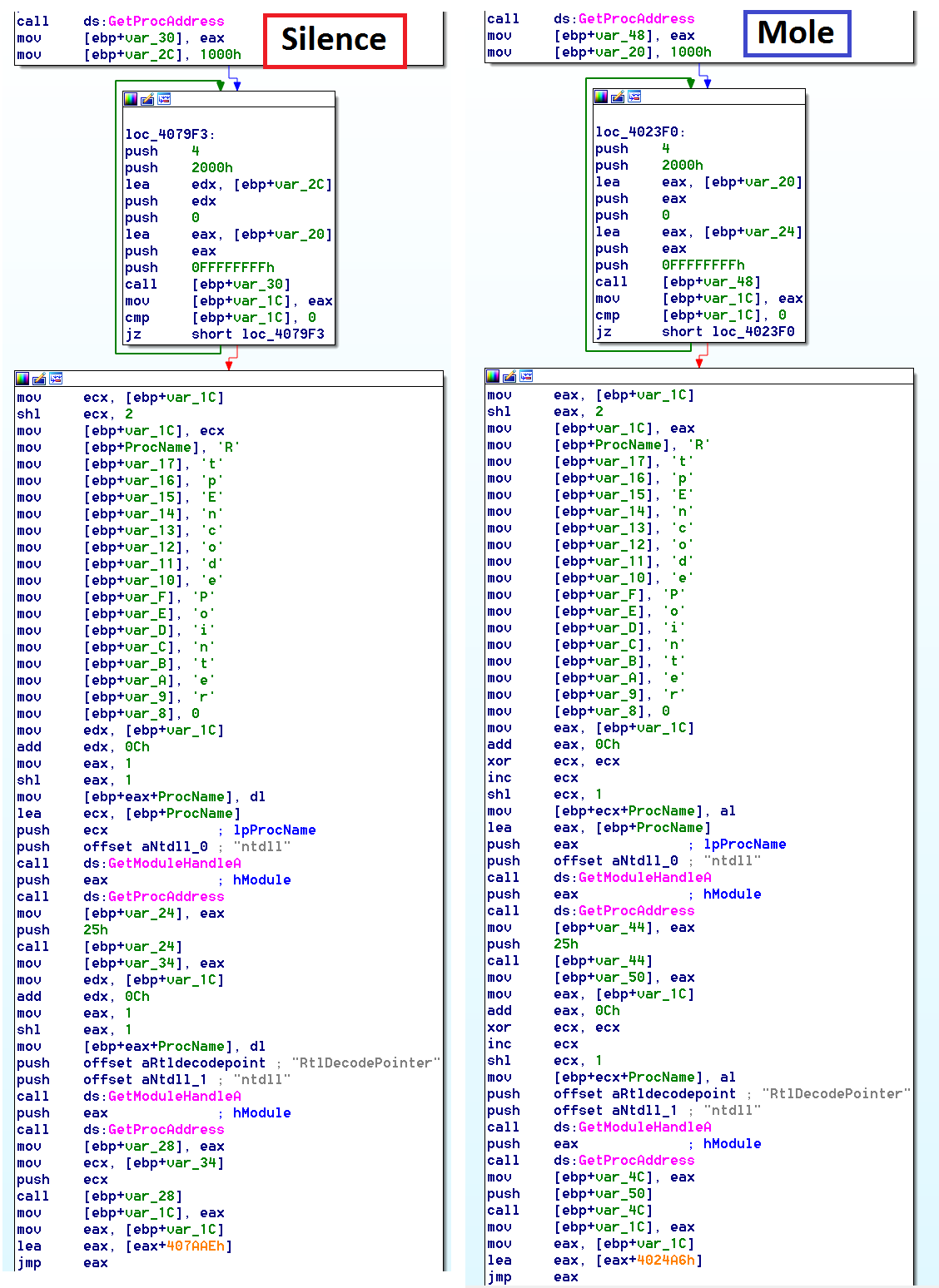 Through the disassembly in the photo above, we can also see there is a string initialized through an array, “RtpEncodePointer,” that is later used for a call to GetProcAddress. This looks like a typo and the author of the code meant to write “RtlEncodePointer” because “RtpEncodePointer” does not exist in ntdll.dll. The evidence suggests that this code was being reused. There are no references to “RtpEncodePointer” available publicly online besides automated reports of a couple unclassified malware from Hybrid Analysis

In addition to the links within the code, there are several other similarities we have witnessed between the Mole and Silence malware, such as the attack vectors (spear phishing, packaging of the malware) and motives — which can be extra evidence for this connection.

Yet again, we see that identifying code reuse can be very valuable in detecting new malware, and in some cases for attribution purposes. We invite you to read more of the posts in our blog and to request an invite to the community edition of our product.