In our last blog post we disclosed an escalation of privileges vulnerability in Microsoft Azure App Services. In this post, we’ll describe a similar vulnerability that we found in one of Microsoft’s official Azure VM extensions, known as the Azure Network Watcher Agent for Linux.

This vulnerability would allow any user of the system to escalate to root privileges, requiring only a system reboot to carry out the exploitation. We reported the vulnerability to Microsoft Security Response Center and it was soon patched and assigned CVE-2020-16995.

Below we will present technical details about this relatively simple but potentially deadly vulnerability.

The vulnerability we discovered is fairly straightforward. The following script is run by the Azure Network Watcher Agent on the agent’s startup, under a privileged context (root). See if you can spot the issue yourself: 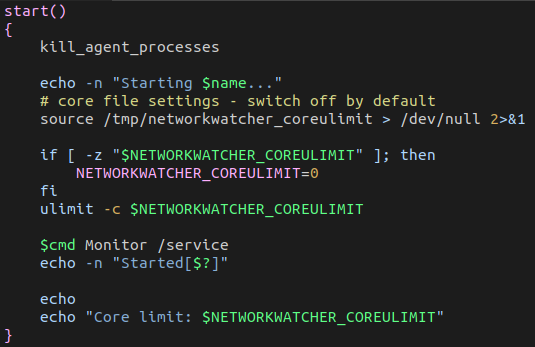 The code attempts to execute the file /tmp/networkwatcher_coreulimit. However, no such file exists on Azure VM servers. This code was probably used in the Network Watcher Agent’s development environment but forgot to be removed. This means we can create the file under an unprivileged account, supply it with our bash code, and then it will run as root, leading to an escalation of privileges.

To solve the second problem, we had to better understand the Network Watcher Agent.

We reviewed the Network Watcher Agent’s systemd file at /run/systemd/generator.late/Azure.service: 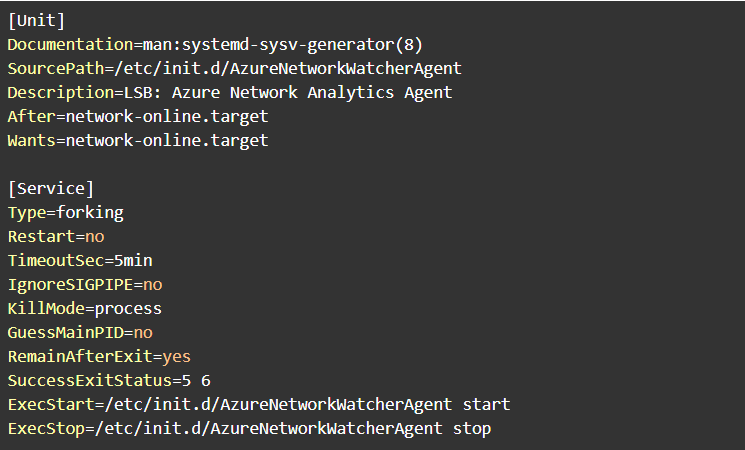 As can be seen above this service runs after the “network.target” systemd event, which happens early on and makes it nearly impossible to access the system externally in this small window of time.

We created a service under the systemd user services directory “~/.config/systemd/user” and instructed it to run before network.target.

The pwned.sh script will create the vulnerable networkwatcher_coreulimit file which adds our unprivileged user bob to sudoers when executed:

After a system reboot our unprivileged user is able to escalate to root:

In this post we detailed a simple escalation of privileges vulnerability identified in the Network Watcher Agent, a first party Azure VM extension. We immediately reported this vulnerability to Microsoft Security Research Center and it is now fixed.

In situations where vulnerabilities are out of the control of the cloud consumer, monitoring the runtime environment to detect post vulnerability exploitation and other in-memory threats is an important last line of defense.

Use the Intezer Protect Community Beta to protect up to 10 cloud servers and containers against unauthorized code. Try it Free