We are often asked the question, “what sets your approach apart from other malware detection solutions?”

To further explain how code reuse analysis is different from signature-based detection approaches, let’s take a look at four Mirai samples which were uploaded recently to VirusTotal.

Our research team has come across a series of interesting malware samples which were uploaded to VirusTotal by the same user within an hour. Adversaries often use VirusTotal and other multi-engine platforms to test their malware for detection. These samples are most likely a byproduct of this sort of testing by an attacker.

The screen capture above, taken from VirusTotal, indicates that the first file was detected by 24 engines as malicious. The remaining three files have very low to non-existent detection rates, posing the risk that they could fly under the radar in a future attack.

It’s clear that the attacker has modified their tools in order to stay evasive and is continuing to test the detection rate with new and modified samples.

Before we attempt to determine what changes the attacker made to the malware to evade detection, let’s take a look at the genetic analysis of each file. Below are four analyses taken from our genetic malware analysis platform, Intezer Analyze:

As we can see, the evolution of these malware samples does not impact Intezer Analyze’s ability to detect malicious code. As a result, all four samples were detected as malicious and classified to the Mirai malware family, within seconds.

Technical analysis
At first glance we can see two distinct pairs. Each file within its respective pair contains a nearly identical genetic makeup. The first pair is identical from a code perspective, with the same amount of genes and threat classification: Mirai. Please note the file names of the initial uploads:

The file names suggest that we got the Mirai classification right in both samples — however, keep in mind that file names can be misleading. More importantly, we can assume that some type of obfuscation was used in the second file — both because of ‘obf’ in the file name and also because of the low detection rate.

The second pair is also very similar. This time, there are no revealing file names. The main difference between the files is the method of library linking. We can understand that file number 4 is statically linked due to the amount of libc genes present, unlike sample number 3, which includes only the malicious payload. Apart from this difference, the [malicious] Mirai code is shared between both files.

Let’s dive further into the samples and spot the subtle difference between these files:

This file contains the exact same code, but what happened to the strings? Just take each letter and jump one letter forward. For example, d » e. And replace any slash (/) with a zero:

So, changing the strings is how the malware went from 24 detections to 1 detection.

Now, what about the second pair?

The 3rd file’s strings were encoded as well. However, the author behind this malware kept the function names as they were, which explains why it was recognized by six engines: 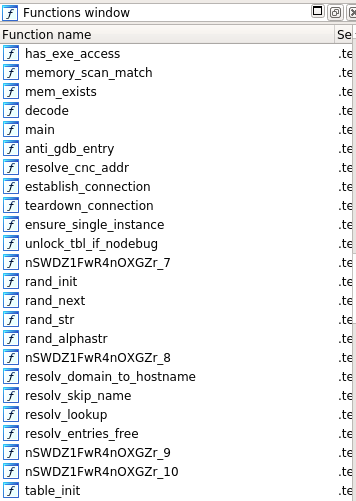 In the 4th and last file, the function names were stripped, which resulted in 0 detections: 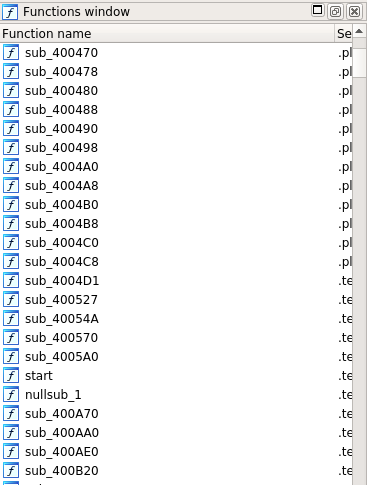 Since code reuse analysis does not take strings into consideration during the classification process, these changes did not impact Intezer Analyze’s ability to detect the threat.

Go beyond IOC and signature-based detection
With an emphasis placed on protecting Windows endpoints, the antivirus industry is struggling to detect Linux threats. In a recent study conducted by researchers at Team CYRU, 78% or 6,931 known Linux threats were undetected by top-30 AV products.

Organizations require a tailored solution for Linux rather than an adapted Windows technology. You can read more about Mirai, the central role its code plays in the Linux threat ecosystem and how code reuse analysis presents an effective way to detect Linux threats, in our recent blog post: Intezer Analyze Community 2019 Recap

Linux threat implications on cloud security
The Linux operating system accounts for nearly 90 percent of all cloud servers. With companies increasingly storing their most sensitive information on the cloud, we expect Linux threats will pose a significant risk to enterprise security in the near future.