Introduction
We previously reported on how we managed to temporarily shut down 15 operative QNAPCrypt ransomware campaigns targeting Linux-based file storage systems (NAS servers). We have now identified a new QNAPCrypt sample which is being used by the same threat actor group. The authors behind this new ransomware instance have revealed enough evidence for us to conclude the establishment of FullofDeep, a Russian cybercrime group operating from the Union State and the Ukraine. The group is mainly focused on ransomware campaigns.

In addition, the new variant utilizes geolocation information in order to determine whether or not the malware will operate: 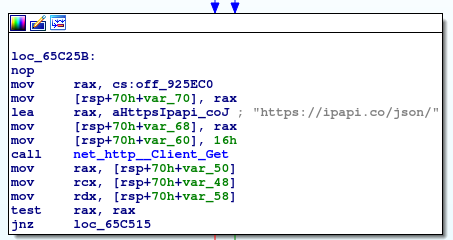 The threat actors behind the new ransomware have filtered Belarusia(BY), Russia(RU), and Ukraine(UA), in order to impede operation if the ransomware is executed from one of these countries. This is similar to the QNAPCrypt implant Anomali previously reported on: 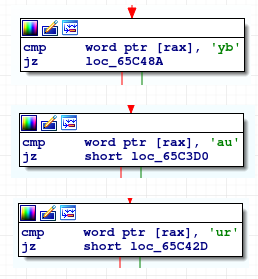 The email address provided is “fullofdeep”, and the ransom note annotates ‘CONTACT US’. These strings draw us to the conclusion that this is a Russian cybercrime group referred to as FullOfDeep, and that the group is deploying different ransomware campaigns. Based on the samples’ overlaps, including both ransomware were written in Go, and in addition to similarities in the implant function naming convention and the geolocation filtering applied, we can assess with high confidence that this new ransomware sample is operated by the same authors behind the original QNAPCrypt campaigns.

While we prevented the malware from infecting additional victims, we have since hunted for and detected a new ransomware that shares many similarities with the previous QNAPCrypt samples. We can assess with high confidence that FullofDeep, a new Russian cybercrime group specializing in ransomware operations, is behind both the original QNAPCrypt campaigns and the newly identified ransomware instance.

In addition, both the original and new QNAPCrypt samples are indexed in Intezer Analyze’s code genome database. If you have a suspicious file that you suspect to be QNAPCrypt, you can upload it to the free Intezer Analyze community edition in order to view the verdict, code and string reuse, and more.

Please refer to the mitigation recommendations section in our blog post titled, Why we Should be Paying More Attention to Linux Threats, for best practices Linux users can adopt in order to mitigate the threats posed by QNAPCrypt and other Linux-based threats.